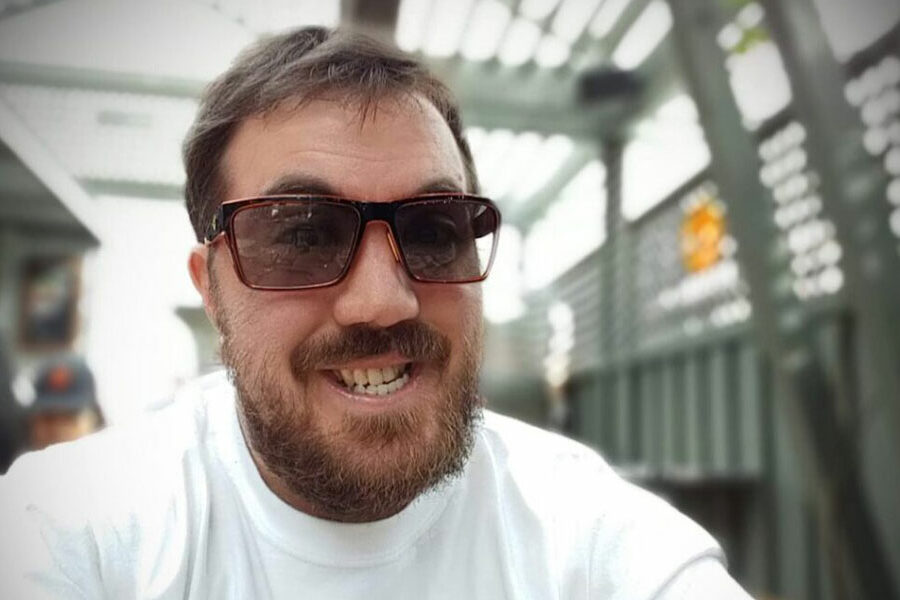 What are you having today, lemons or lemonade? Stroke survivors have clearly been burdened with bushels of lemons. When Neale Mahon received his shipment of lemons, he immediately began concocting the best batch of lemonade he could manage.

Neale was born with a brain stem tumor that was discovered when he was 3 years old. Three and a half years of chemo and radiation shrank the tumor and enabled Neale to proceed in life with all the verve and gusto of any youngster. Sports became a passion for him, and the soccer field was the place where he flourished. His skills as a soccer player enabled him to play at the college level.

On May 21st, 2018, while driving to a routine medical exam Neale noticed this left arm going numb. Probably just the result of it hanging out of the window as he drove, or so he thought. At the clinic he hopped onto the examination table and noticed his left leg felt tingly. That seemed weird. The exam went fine, and all his vitals were great; but, as he was walking from the doctor’s office to his car, he kept veering to his left.

By the time he got home he was feeling dehydrated and guzzled a bunch of water. Starting to be concerned about his condition Neale sent a text to his wife, a respiratory technician who was at work and did not get his message right away. When she contacted him, he asked that she say a prayer for him. He told her he was not feeling well and was going to take a nap. Upon waking from a 45-minute nap Neale felt weaker than before and now was disoriented, as well. His wife’s co-workers thought he might be having a heart attack or stroke and urged him to get to the ER immediately. At the time, Neale’s niece was living with them and drove him to the hospital where Neale was diagnosed with an ischemic stroke. The radiation therapy that had saved him as a young child had caused increasing arteriosclerosis that was a strong contributor to the stroke that devastated this 31-year-old, extremely fit and seemingly healthy man.

Right after the stroke Neale could not move anything on the left side of his body. He could not sit or stand without help and he lost grip strength as well as shoulder and arm movement on his left side. Now, at almost 3 years after the stroke, Neale is making great strides in his rehab. He is able to walk unassisted and has regained much of the mobility of his left arm, foot, leg and hand. More strength is returning to him every month.
Neale is diligent about his therapy. He attends sessions at the hospital 1 to 4 times a month. At home, his program for building strength and developing new neuropathways includes Virtual Reality therapy, Transcranial Direct Current Stimulation, and strength training. Among Neale’s goals is regaining the ability to work out at a high level while maintaining safety. His compromised balance makes fitness training precarious. Years of physical training before the stroke have certainly instilled an impressive work ethic that has been instrumental in his success.

Surviving a stroke has been called life changing. That seems to be an understatement. All but the very luckiest stroke survivors sacrifice a lot from their former lives. For Neale one of the things he misses is participating in sports. Transitioning from being a high-level athlete to struggling to walk is not only a physical challenge but emotionally devastating. Combine that with therapy sessions that seem mundane and boring to a seasoned athlete who is accustomed to vigorous, stimulating training sessions. As can be expected, Neale suffers from depression and anxiety. Neale relies on an intelligent diet and an appropriate work out routine to combat the effects of the emotional challenges.

Family has played a huge role in Neale’s recovery and coping. He credits his wife for being his rock through out this ordeal. Additionally, both he and his wife have large families who have been wonderfully supportive. Neale’s ultra-positive attitude has also contributed to the success he is experiencing. The stroke adjusted his perspective on life. In that way he considers the stroke a blessing. It has shown him how many people need help. Neale wants to provide some of that help. One of the ways he wants to help is by sharing his moto “Be 100”, 100% in rehab, 100% in diet and 100% mental. To share his positive vibe and stroke survivor insights Neale has created a cool website that is there to inspire and encourage other stroke survivors. Check it out at www.poststrokefit.com . This all goes to prove that Neale is a stroke survivor who definitely CAN!

If this blog touches you, won’t to please consider making a donation to Stroke Survivors CAN!, a nonprofit devoted to helping stroke survivors find hope and empowerment. Your contribution helps this site possible and sponsors other stroke survivors who wish to pursue non-contact athletics!

Or use Fundly to give online:
https://fundly.com/stroke-survivors-can