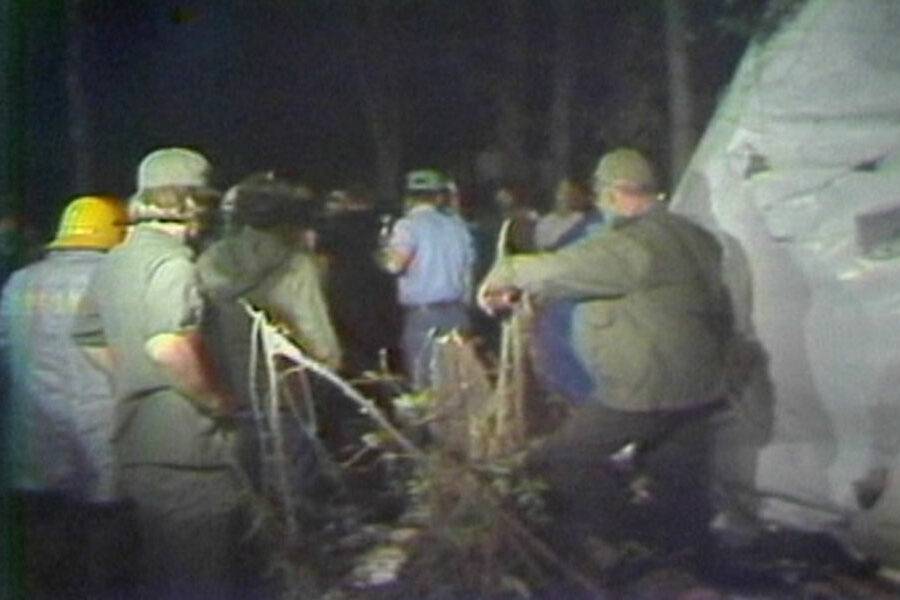 On October 20, 1977 Marc Frank, a road technician for the wildly popular Lynyrd Skynyrd Band, was traveling with the band to a gig in Baton Rouge Louisiana. Over a desolate stretch of southern Mississippi their plane lost power and plummeted into a heavily wooded swamp near the remote town of Gillsburg. Of the 26 crew and passengers on board 6 were killed and many were injured. Marc sustained serious injuries and endured a surreal experience in the early morning darkness miles from civilization followed by a difficult and painful extraction from the snake and gator infested waters.

Nearly 40 years later on September 24, 2017 at 7:35 AM Marc awoke but as he was getting out of bed his left side “gave out.” At first it didn’t occur to him that he was having a stroke. At age 65 Marc still wore the same size pants as when he was in high school and had never had a problem with high blood pressure. How could he be having a stroke? When he made his way to the bathroom and looked in the mirror the reflection of his face drooping on the left side convinced him right away that he was indeed having a stroke.

Thanks to a Veterans Administration phone app Marc was able to get help quickly. And even though his doctor told him he didn’t suffer a full stroke Marc still says “Nothing will change your life quicker than a stroke…in the blink of an eye”.

As a stroke survivor of close to 2 years Marc is still experiencing some slight speech impairment, although his smooth baritone voice and easy southern drawl almost completely mask the remaining stroke’s impact on his speech. Since the stroke he sometimes struggles with finding the right words to express his thoughts clearly and will occasionally lose track of why he entered a room. But, in spite of the fact that he now walks with, as he puts it, “a 2 beer wobble” he still feels he is back to about 95%. He is quick to point out “…it’s just a different 95%”.

The stroke doesn’t seem to have had a devastating emotional impact on Marc. Perhaps the ordeal of the plane crash helped condition him for the emotional trauma of surviving a stroke. Never the less, you can hear a touch of anger when he states “I wish I’d never had the stroke.” And he admits to being frustrated from time to time with the loss of fluidity in his motions and not being physically able to do things people ask of him. Still, Marc says “Half of life is a crap shoot, and I feel lucky”.

When Marc’s plane went down in that remote swamp the survivors had to wait for Marc and 2 other crash survivors to bravely slough through the treacherous swampland to get help.  A farmer who had seen the light from the crash organized a group of locals to make their way to the crash scene and alert the nearest first responders. Marc is still overwhelmingly grateful to the citizens of Gillsburg, Mississippi for unselfishly coming to the rescue and to the staff at South Western Medical Facility for the wonderful job they did of treating the injured.

According to Marc’s information a stroke changes someone’s life every 40 seconds and there is a 3 hour window of opportunity in which proper treatment and medication needs to be administered in order to turn that stroke victim into a stroke survivor with the best chances of recovery. His experience in that remote swamp has led him to be concerned for those who have a stroke in remote areas. He wonders how well prepared first responders are to give stroke victims the quickest and best attention when strokes occur in outlying areas. He wonders how well supplied small rural clinics are with the special medications needed to help mitigate a stroke’s effects and how aware first responders are of where the clinics are that have those medications. He also wonders if we should put the same amount of effort and attention to educating the general public about the signs of a stroke and what to do if you suspect you or someone around you is having a stroke as we put into education about how to recognize and respond to heart attacks.

It is evident that Marc is truly a survivor with a unique perspective on what it takes to survive the assaults life has in store for us. Marc’s advice to those who are stroke survivors, “Don’t let the stroke define you. You can’t be afraid to get out and live”.