Move It or Lose It! 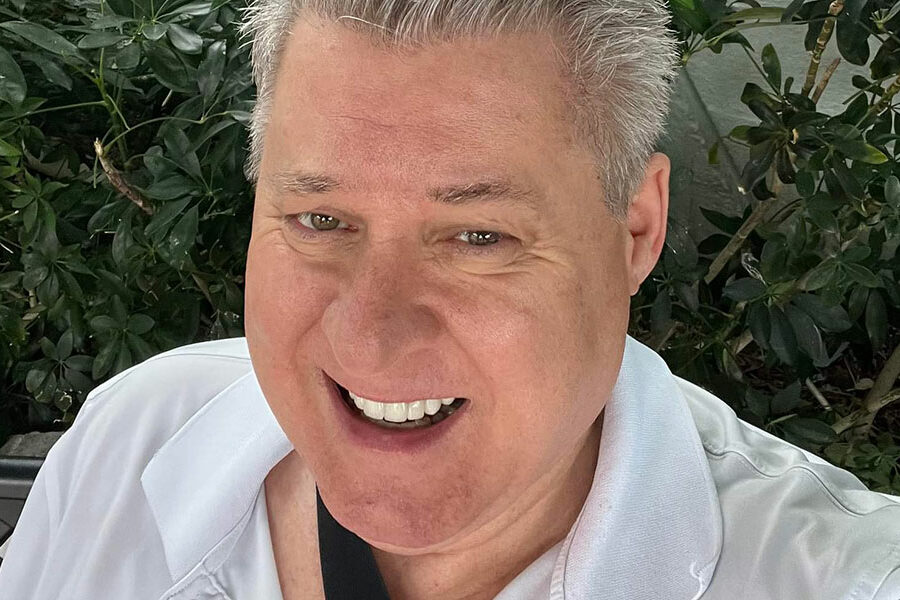 Strokes are not known for their subtleties. Nevertheless, on November 26, 2017 J. Neal Isaac got a subtle hint that his life was about to change in a devastating and dramatic way. He was on a routine drive when he noticed that his right foot did not have the same sensitivity as his left. He thought that perhaps the seat had moved. Later, he experienced another subtle hint when he had a bit of trouble stepping into the shower. Neal wrote it off as the result of being tired after a long day dealing with the stresses of being the president of a small college and the accumulated fatigue of long drives to visit his parents in their nursing home.

On November 27, 2017 the subtleties ended. During a trip to the supermarket Neal was knocked to the floor by an ischemic stroke damaging the parietal region in the left hemisphere of his brain. A local hospital treated him with the blood thinner Heparin. Tragically, a few days later the Heparin caused a massive brain bleed. Neal was rushed to another hospital where they performed a thrombectomy, a procedure that probably saved his life.

During his first couple of months after the stroke Neal struggled with aphasia and was paralyzed on his right side. He couldn’t walk and even had difficulty sitting in his wheelchair without falling out. Additionally, he had lost use of his right arm and fingers. Three months after the stroke Neal had regained all of his speaking abilities. In the next three months he began walking with a hemi walker and was walking with a quad cane by the end of the first year following the stroke. Now Neal is walking unassisted. He will enlist the cane if he is going to be somewhere that may have precarious footing or where he will be in crowds.

As is typical, after a few months of therapy the insurance ran out and Neal realized that coming up with ways to continue his improvement was up to him now. In his present regimen regular sessions in the gym are helpful when pandemic restrictions allow but a staple in his regimen are hikes to the top of his 17 story hi-rise. These climbs include traversing 34 breezeways and covering 2.1 miles up and 2.1 miles back down. Neal has adapted Newton’s First Law of Physics to his personal physiological perspective. Newton says “A body at rest stays at rest and a body in motion stays in motion.…” Neal says “I want to be a body in motion”.

Of course, the physiological being is not the only aspect of the person that is damaged by a stroke. The emotional and psychological component is huge. And so it was for Neal. He really struggled in the beginning. As he puts it, “The first two months was horrible.” He couldn’t get an understandable explanation for what he was going through and was unable to communicate, “I felt like a prisoner inside my own body.” Things have since gotten better and, although still grieving the loss of many aspects of his former self, Neal has accepted that his life is good, no matter what.

Neal is an accomplished musician. Having played trumpet in high school and college he still enjoys playing daily and sometimes plays at church and weddings. Not only does he really enjoy playing music but considers it an important part of his therapy. Neal explains “music works both sides of the brain hemispheres at the same time. It also utilizes my right hand which needs the repetition for neuroplasticity”.

There is no doubt that life has changed for Neal since the stroke. He is no longer able to pursue his career as an educator and college administrator. He can’t drive and experiences seizures, tiredness and lacks mobility. But Neal chooses to focus on the positive aspects of life that remain. “I can do the most important things including speaking, singing, playing my trumpet, living on my own without help, and some degree of social life. I always have hope that I will get better and I wake up with optimism.

To other stroke survivors Neal offers this: “A stroke is not like most other illnesses where you wait for medication or surgery, etc. There has to be tens of thousands of repetitions to fire the neurons and to get neural pathways created. We have to move. Move it or lose it.”

One thing is clear. With his great work ethic, indomitable spirit and can do attitude, Neal Isaac is proof that Stroke Survivors CAN!

If this blogs touches you, won’t to please consider to make a donation to Stroke Survivors CAN!, a nonprofit devoted to helping stroke survivors find hope and empowerment. Your contribution helps this site possible and sponsors other stroke survivors who wish to pursue non-contact athletics!