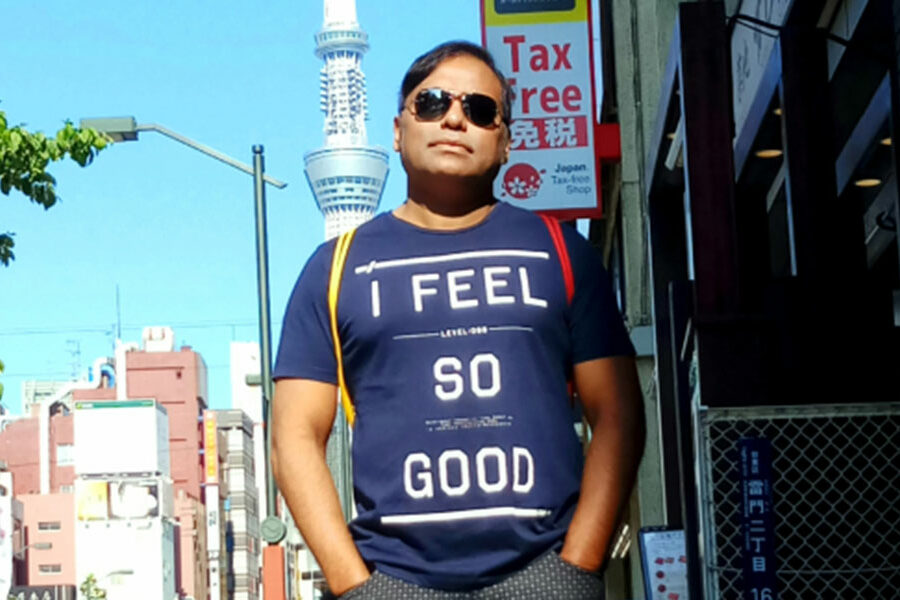 Looks can be deceiving. Two years ago, Shaheem Ibrahim looked like the picture of health. At 41 years of age he worked out regularly, as he had for the previous 13 years and was an avid soccer player. But strokes don’t care what you look like. Shaheem had a tiny clot that cut off the oxygen to the right side of his brain.

When the stroke first occurred Shaheem didn’t realize his condition. His wife, a medical doctor, was the first to recognize the signs of a stroke. She rushed Shaheem to an emergency room where he was given immediate treatment. Shaheem didn’t notice anything until he was already in the emergency room and experienced difficulty getting out of his chair. The result of his wife’s quick action and the urgent attention of the physicians at the emergency room was that the initial effects of the stroke only lasted a few minutes. Never the less, Shaheem spent the next 10 days in the hospital under observation because of lingering weakness in his left side.

A guy like Shaheem is not accustomed to being on the sidelines. In the first few weeks after the stroke he was still weak on his left side. The aftermath of the stroke left him scared and depressed. But, even with his confidence shaken he was unwilling to give up and accept the consequences of the stroke. He began walking while still in the hospital. At first it was dreadfully slow for someone accustomed to dashing from one end of a soccer field to the other several times in a game. Still, Shaheem persisted, determined to regain his former life on the soccer pitch and in the gym.

His walking excursions broadened, extending from his hospital ward to his yard to his neighborhood and on to parks and malls. Months of faithful walking led to jogging. After 6 months Shaheem ventured back to the gym. The hard-earned gains of 13 years working out had been wiped out by the stroke so he started back where he began…beginner weights for short workouts.  However, persistence, diligence and determination payed off. A year after the stroke Shaheem played his first game of soccer since the stroke, and actually did pretty well. In fact, he did well enough that he began playing regularly on the weekends. Now, 2 years post stroke Shaheem is playing soccer, working out at the gym, playing squash, walking routinely and even getting some cycling in.

Shaheem believes that exercise was a big component in the success of his recovery. Some would argue that his excellent physical condition prior to the stroke may have been a factor as well.  Shaheem credits physical activity along with his job in the oil and gas industry and his family as the things that keep him going. Since the stroke he has been paying close attention to diet along with his exercise routine as a means of staying healthy. But Shaheem is also quick to point out the immeasurable value of the support he got from his wife, God, friends and soccer mates, as well as the inspiration from members of Facebook stroke group that kept his moral and attitude positive.

When it comes to advice for other stroke survivors Shaheem says “Life is an everyday war where we have to fight for survival…sometimes we take a hit but we gear up once again and fight back.” Shaheem feels that when someone survives a stroke God has given them a second chance at life and they should do all they can to make life better than before. He insists that although self-motivation is absolutely necessary for stroke recovery, prayers and family support are vital also. And Shaheem admonishes stroke survivors “Healthy diet, monitoring your blood pressure level, doctors’ consultations, exercise (are all) very important and not to be overlooked ever. ”

That all sounds like great advice from someone who has been there, Shaheem, showing the world that Stroke Survivors CAN!

If this blogs touches you, won’t to please consider to make a donation to Stroke Survivors CAN!, a nonprofit devoted to helping stroke survivors find hope and empowerment.